Been a long time since last posting.
Having discovered how to use the movie setting on my camera, and then how to convert it into a format I can put online, I thought the best way to show my studio and my work was in a short video.#


I have been busy on some new ideas, so will probably use video in future. It would be good if exhibitions accepted vide, as I think in conjunction with a proper photo, it shows off my work better.
Posted by Simon Dawson at 11:32 No comments:

Just 3 new pictures all based on local scenes. A customer asked if I could do something non French so I found a picture of Oswaldtwistle Civic Theatre 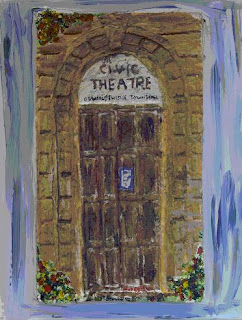 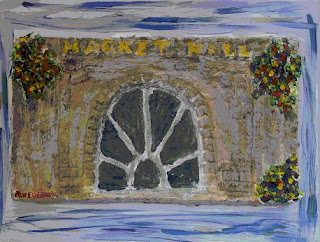 I have been wanting to do something based on the Victorian Arcade with its superb doors and windows so started with this. This cancas is 40cm by 50cm. 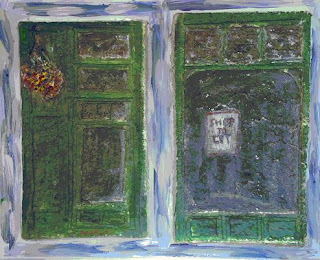 I am working on some more, I enjoy working with different colours, wasn't ready before now am up for the challenge. aim is to concentrate more on local places for local people.
Thanks for that customer suggesting idea, but wish they would come back and see the result

New exhibition on the Balcony

Spent all day on Thursday 7th June, jhelping rebuild art boards and putting up pictures. Tiring, har work but worth while.
Took some photos on the following day to give an impression of how they look in this superb building. 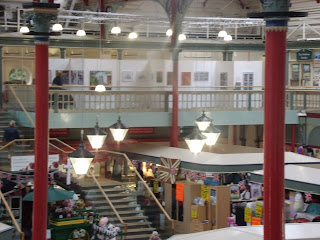 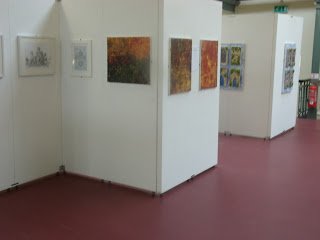 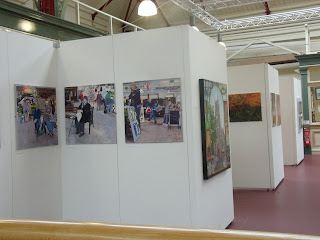 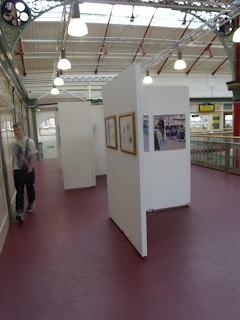 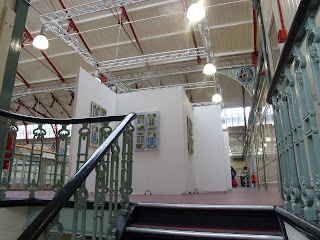 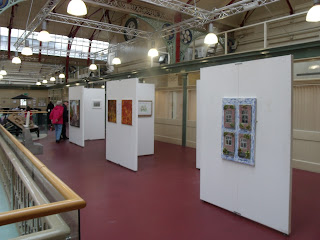 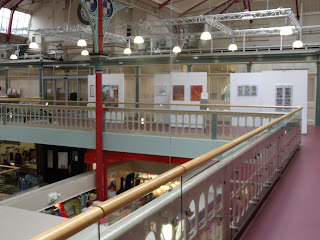 The theme as to do with in and around Accrington and East Lancashire.
Couple of photos of my attempt at something even bigger using 4 pictures, based on local theme, but too big to display on the art boards 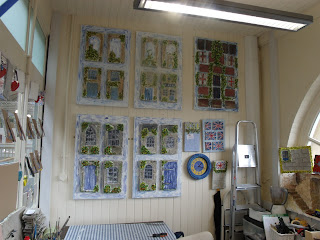 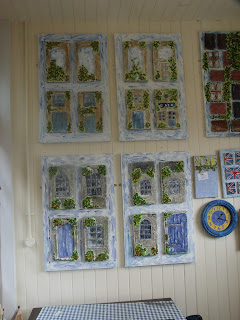 Still experimenting with ideas. Got to come up with something for the Hawort Open, and also trying something to put forward for the Bell Corridor.
Printing off some pictures on greeting cards. using the excellent printer in the market hall. Maybe not long lasting art print quality but look excellent.

Posted by Simon Dawson at 09:16 No comments: 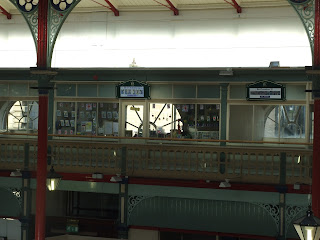 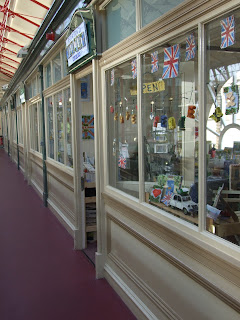 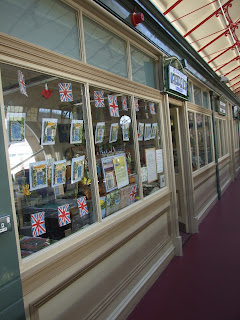 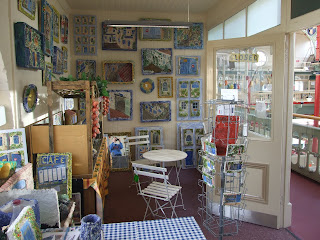 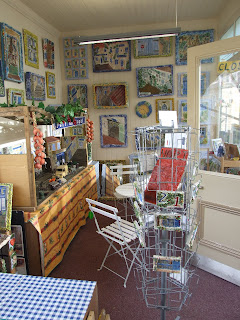 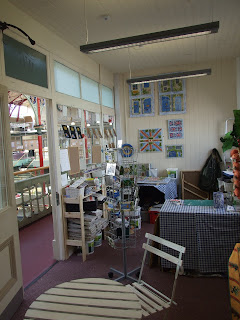 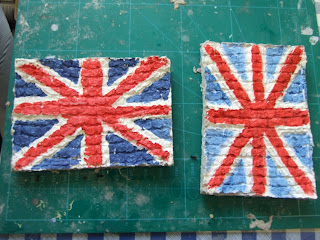 Now that the clocks have gone forward and the weather is a lot better, Summer is on the way.
It has certainly warmed up in the market, and at least the lift is working(for now).
Last Saturday was fun, with a few more people looking round and prepared to have a chat. Hopefully I might have sold some work.
The weekend before I was exhibiting at a model railway exhibition in Middleton, near Rochdale. The venue was an old mill building(Warwick Mill) used as a well supported community centre. The atmosphere was superb, and very positive. This was even more remarkable considering the area is one of the most run down in the UK, and the worst place to try and find a local job. The town is also where Mary Portas is doing her latest TV project to bring jobs back to the UK. Part of the TV program had been filmed in the community centre,  It was very inspiring, so much so that when it dawned on me that the mill was built using Accrington Nori brick, I decided to create a new piece of artwork based on the windows and brick in the building. I started on the moulds whilst at the exhibition.
I have finished my 2 pieces of artwork for the Golden Jubilee exhibition, and am orking on some other local inspired pieces.
I am trying to promote Accrington market as a place for artists to work. There really would then be ART in AccRingTon mARkeT. Middleton showed me that an area more deprived than Accrington can pull together and do something itself, then it can be done in Accrington. Not only is there too much apathy here, but there is very poor communication, with respect to what is being planned. The two are linked, and enforces the notion of them and us, which seems to permeate through out local groups, including those being paid to look after the area.
An exception to this poor community spirit is the artists network set uop by the Haworth Gallery. Even with their hands tied, and having to abide by the same restrictions as other parts of the local council, they have bridged large gaps and are actually getting somewhere. I urge anyone interested, not only to visit Accrington Market but also the Haworth Gallery.
I have started having some of my artwork printed as postcards. I have found a way of slightly modifying the photos to make the image look more 3D, and will also use this technique to send images for potential exhibitions. 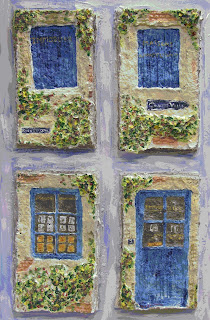 Here is one of my modified pictures, one that was originally submitted for the Show me the Monet TV series, but rejected. When I looked at the artwork after it as rejected, I was a bit disappointed but also pleased to realise I could make it better before it was seen in public.
There is a Facebook campaign(Show Me the Rejects) to promote all those pictures rejected and hopefully a real exhibition will be organised .
Posted by Simon Dawson at 09:21 1 comment: 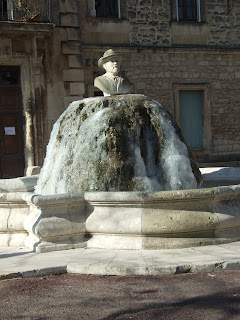 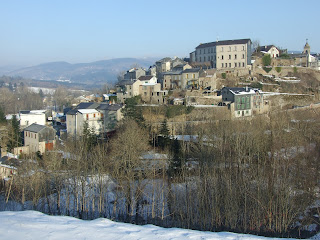 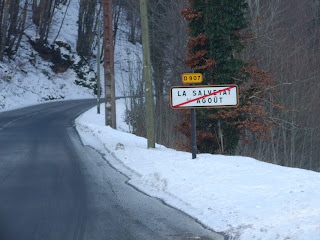